“But let justice roll down as waters, and righteousness as a mighty stream.”

In the aftermath of the tragic killing of George Floyd, EquaSion developed a new program to address racial injustice through interfaith involvement. Its plan is to organize and unite Cincinnati’s diverse communities of faith into a moral force that will take action, individually and collectively, privately and publicly, spiritually and materially, to advance the cause of racial justice through sacred activism, including education, dialogue, community-building, and advocacy for policies and legislation which remediate systemic inequities. To date, more than 30 religious and faith-based organizations representing many of our community’s world religions have become AMS Participants (see link below for a full list).

We welcome the participation of faith-based organizations of all traditions in Greater Cincinnati.

Recent event – Taft Lecture Series: :  “We are Called to Be a  Movement” 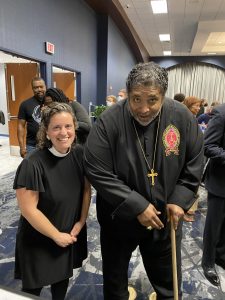 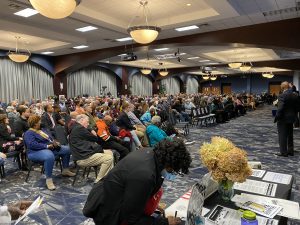 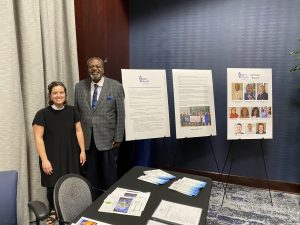 Nearly 700 people attended The Rev. Dr. William J. Barber II lecture on October, 24, 2022. Barber’s remarks, which drew numerous parallels (lessons) between today’s social-political chaos and historical including biblical events, emphasized how society’s “rejected” peoples must take the lead once again to restore the moral values of our country. The “left-outs and oppressed” must take direct, collective action to reclaim our troubled nation from those whose only interests are personal power and gain. “Our times call for another moral fusion movement, when all of our marginalized peoples come together to assert their basic needs, indeed their rights, to health care, a living wage, affordable housing, access to government, a clean and safe environment, and justice under our criminal legal system,” Barber said. His hour-long lecture was insightful, challenging, and inspiring, and earned him a standing ovation.

Our Participants: (to date)

We, the religious and faith-based organizations listed below, have ADOPTED and STAND UNITED behind the Resolutions of A Mighty Stream:

To launch A Mighty Stream’s community education component, EquaSion in conjunction with our community’s spiritual and civic leaders is sponsoring two webinar series: one focusing on racial inequities in a variety of quality of life systems, and the other on the perspectives of our diverse faith communities on racial justice.

An important aspect of the AMS program is its promotion of volunteer opportunities for the interfaith community (AMS Participants) to engage in sacred activism for racial justice, which includes advocating for policies and legislation which remediate systemic inequities. It informs its Participants via the issuance of “AMS Sacred Activism ALERTS.” The general public is invited to join the AMS Participants in participating in the advocacy opportunities noted below.