#NoDeathPenaltyOH is the official campaign to end Ohio’s death penalty. Since its reintroduction in 1981, the death penalty has proven to be an expensive, racist, arbitrary system that convicts innocent people.

The likelihood of a death sentence reduces further if the defendant is white. And it doesn’t stop there. Racial bias infects every stage of the capital process – from prosecution to sentencing to execution. A 2020 study of Hamilton County found an impact when considering the race of the defendant: “A black defendant who killed at least one white victim faced odds of receiving a death sentence that were 3.79 times those of all other similarly situated defendants.”

There are many statistics of racial injustice connected to the death penalty referenced in this fact sheet These data demonstrate a strong correlation between race, geography and socioeconomic status and individuals sentenced to death, i.e., impoverished blacks are disproportionately sentenced to death. Compounding this issue is the disproportionate number of individuals with the same demographic characteristics who are wrongfully convicted in the first instance. Further, research on implicit bias also shows the role that race plays, even among the well-intended, in criminal sentencing, including, the death penalty.

To address this racial injustice and the myriad of problems with the death penalty, we are advocating for legislative change through HB 183 and SB 103, identical bills that would repeal Ohio’s death penalty. Both bills have strong bipartisan support, demonstrating how important repeal is to both sides of the aisle.

There are many ways people of faith and faith leaders can connect to this work in a one time or ongoing capacity. As people of faith, our voices are intregal in this campaign and we must stand up to support abolition of the death penalty. 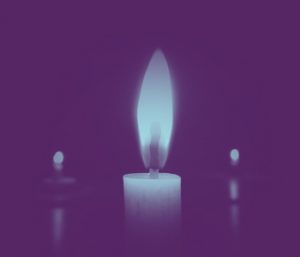 There are several ways to participate:

Register today to participate in Ohio Faith Communities for Death Penalty Abolition Week (October 8-17, 2021).
If you have questions, please reach out to Allison Reynolds-Berry allison@IJPCcincinnati.org or Bekky Baker bekky@IJPCcincinnati.org for more information.